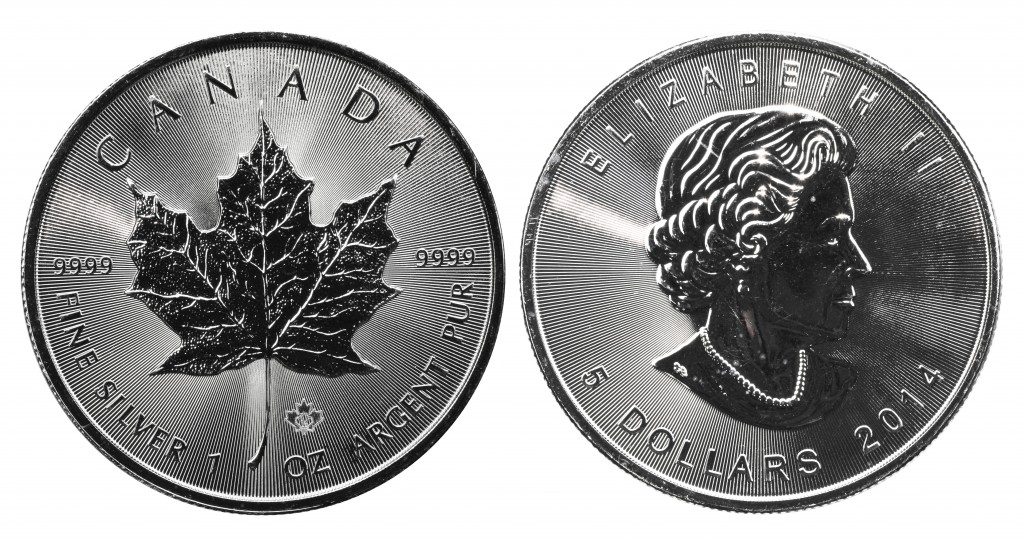 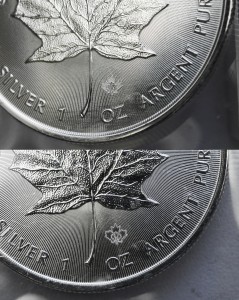 We at KMS Coin wanted to highlight the new security features on the 2014 Canada Silver Maple Leaf Coins.

The feature most noticeable are the radial micro lines throughout the background of the coins obverse and reverse. From the outside of the coin inwards the lines narrow to an almost “indistinguishable to the eye” width near the middle devices. Upon a few closeup photos it appears there a micro lines or a texture of sorts in between these radial lines.  The 2nd feature is the miniature maple leaf inside another maple leaf with a micro engraving of the minted year, In this example coin; “14”.

Both features make the Silver Maples seemingly impossible or rather extremely difficult to counterfeit. What do you think of these new features? Would you support similar such features for United States Bullion?