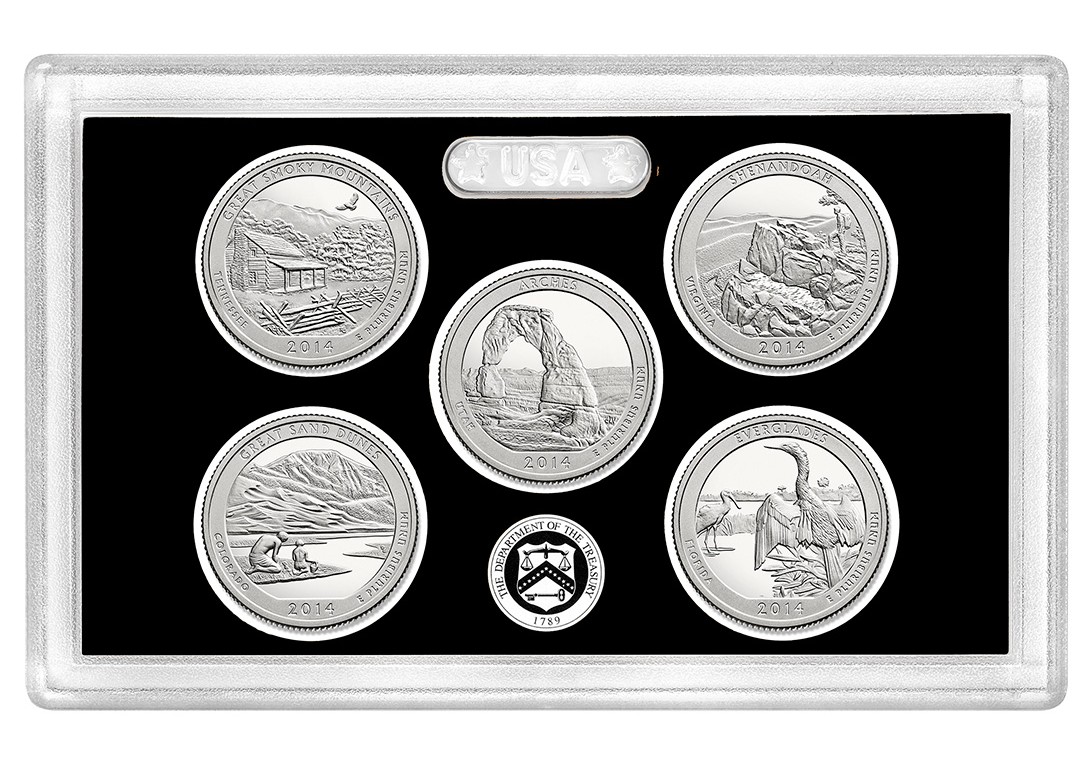 Newly released details for the 2014 America The Beautiful Quarters. The 5 coins include: