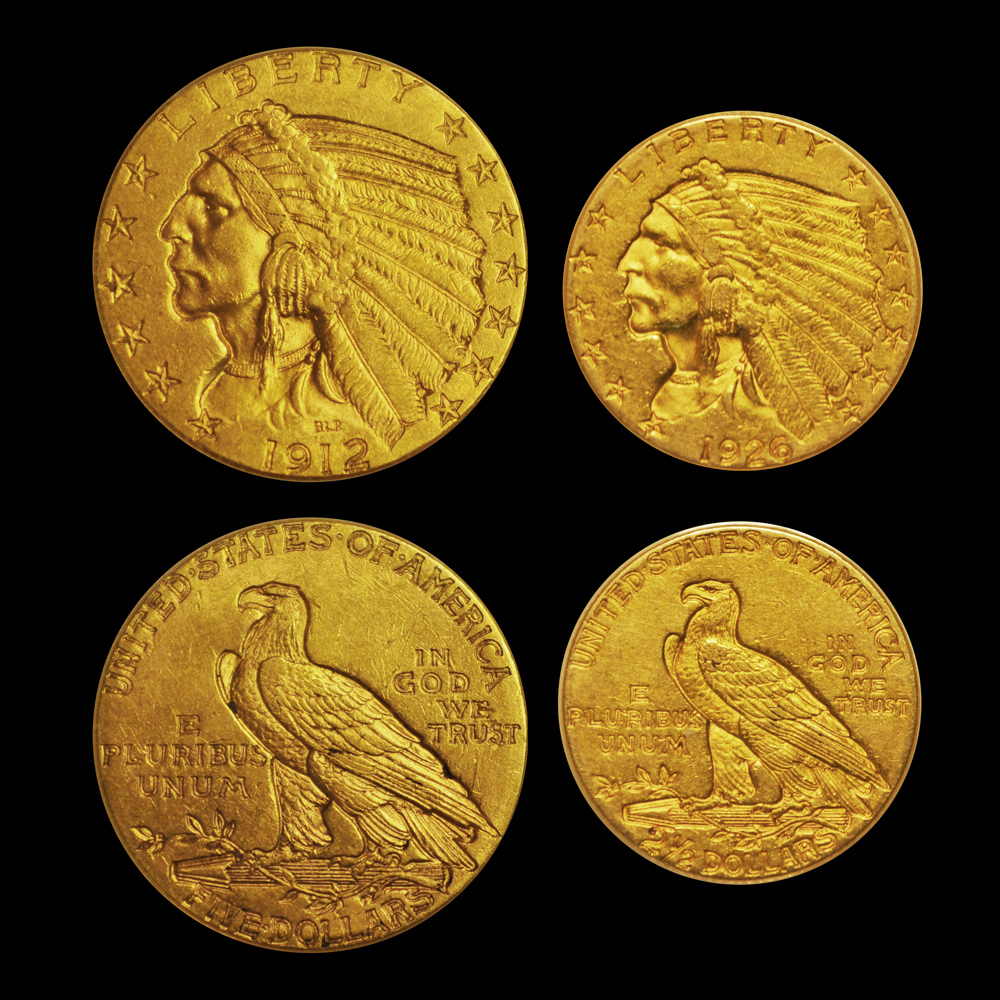 One of the most unique coin designs ever circulated by the US. Designed in 1908 by Bela Lyon Pratt, the new $2.50 Quarter Eagle and $5.00 Half Eagles were the first and last incuse type US coins to date. Their release into circulation garnered criticism from several numismatics. A particular critic named Samuel Chapman even wrote to President Roosevelt citing perceived flaws including difficulty in keeping the sunken-in design clean among other criticism as he described a rather emaciated look of the Indian himself. The President prepared a reply in which he expressed himself strongly to Chapman, but Bigelow, friend to Roosevelt persuaded him to substitute a milder letter over Bigelow’s signature, defending the new coins. Bigelow’s letter replied to Chapman’s complaint about the Indian, “The answer to this is that the head was taken from a recent photograph of an Indian whose health was excellent. Perhaps Mr. Chapman has in mind the fatter but less characteristic type of Indian sometimes seen on the reservations.

Aside from any controversy, overall public reaction to the new design was positive. While mostly used as circulating currency in the west, the smaller denomination coins were often purchased as gifts throughout the United States. With a short-lived minting period burdened by economic collapse which started the The Great Depression, 1929 marked the last year of mintage for both coins. Many gold coins were melted during the 1933 Executive Order initiated by President Roosevelt, it is estimated only 5% of minted quantities are in population today. History has been kind to the few that survived, with recent collections solely based on Pratt’s design for its originality. There has never been a better time to add a couple or several to your collection.